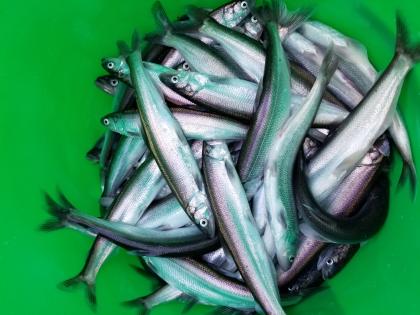 OLYMPIA – The Washington Department of Fish and Wildlife (WDFW) has approved another one-day recreational smelt fishery for Wednesday, Feb. 26.

The portion of the Cowlitz River from the Highway 432 Bridge upstream to the Al Helenberg Memorial Boat Ramp, located approximately 1,300 feet upstream from the Highway 411/A Street Bridge in Castle Rock, will be open to recreational dip netting along the shore from 8 a.m. to 1 p.m. on Feb. 26.

This is the second smelt opening on the river in 2020, the first year since 2017 that returns could support a recreational dip net fishery.

Each dip-netter may retain 10 pounds of smelt per day, with no more than one day's limit in possession. Ten pounds is about a quarter of a 5-gallon bucket. No fishing license is required to dip net for smelt in this limited fishery.

WDFW Enforcement Capt. Jeff Wickersham noted that WDFW plans to have a strong enforcement presence for the upcoming opener.

Though most fishers followed the rules during the previous opening, WDFW Enforcement officers did confiscate about 500 pounds of smelt from dip-netters who went over the 10-pound limit, Wickersham said.

Columbia River smelt – also known as Eulachon – were listed as threatened under the Endangered Species Act (ESA) in 2010, and the run is closely monitored as a result, Heironimus said.

“We work with our federal partners to ensure that opening any fishery for an ESA-listed species won’t affect our ability to meet conservation goals,” Heironimus said. “We’re pleased to see the run is strong enough to support these recreational fisheries this year, and we want to make sure we can continue to offer this fishery in the future.”