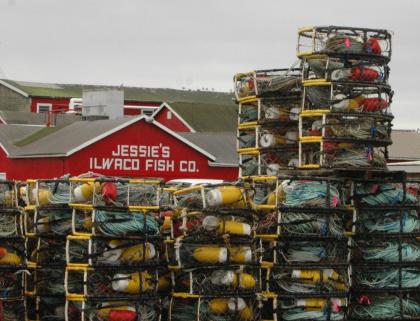 Commercial crabbing in Washington takes place in Puget Sound and on the coast. Each fishery has its own set of management and harvest goals.

Puget Sound is home to two fleets of commercial vessels, tribal and state. The state commercial crab fleet possesses about 248 licenses. The fishery is currently limited to this number of licenses, however current license holders may transfer an existing license to a new party. Information on tribal fishing in Puget Sound is available through the Northwest Indian Fisheries Commission.

There are 228 Washington coastal commercial Dungeness crab license holders with approximately 200 fishers who are active participants in this highly competitive fishery. The fishery operates under limited entry rules which require new participants to purchase an existing license directly from the current owner. WDFW co-manages this fishery in the areas between Point Chehalis and the U.S.-Canada border with four treaty tribes who have fishing rights within their federally adjudicate usual and accustomed fishing areas. The main ports of landing for the coastal commercial Dungeness crab fishery are Ilwaco, Chinook, Westport, Tokeland, and La Push, where the economic impact of this fishery is substantial. For free print resources WDFW has developed with information about local Washington Dungeness crab, visit the state printer's website.

Most of the Puget Sound fishery for Dungeness crab takes place from Everett northward.

The coastal commercial crab fishery is one of the most important commercial fisheries in Washington.