Lake Washington salmon have been counted each year since 1972 as they enter freshwater at the Hiram M. Chittenden Locks -- also known as the Ballard Locks -- on Seattle's Lake Washington Ship Canal. Currently, the Washington Department of Fish and Wildlife and Muckleshoot Indian Tribe staff conduct the counts cooperatively to determine if there are sufficient sockeye to open fishing seasons.

Sockeye counts begin on June 12 each year and go through July in order to provide consistent data from year to year. The sockeye are counted daily during set time periods as they pass through both the locks and the fishway, and the counts are converted into a daily total number of fish passing upstream. In early July, state and tribal managers begin to make weekly projections of the expected total run size based on the current counts. When the co-managers expect the total run size includes sufficient surplus fish above the escapement goal of 350,000 sockeye, sport and tribal fishing seasons will be opened. 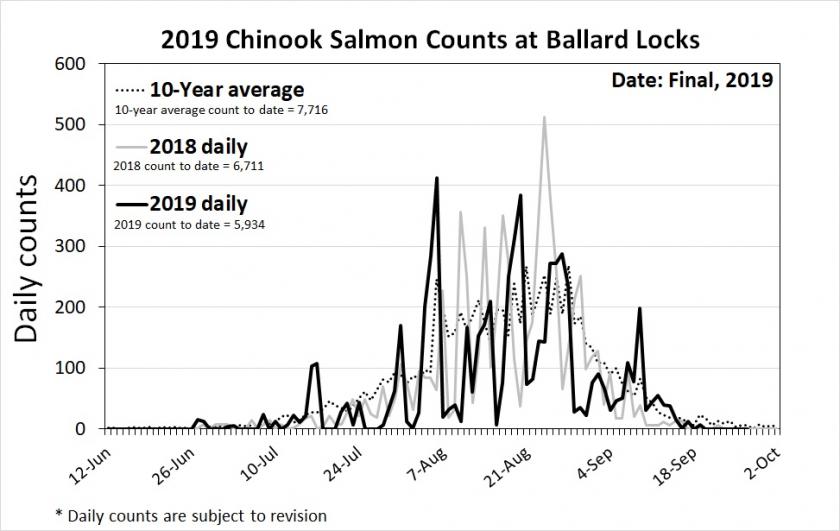 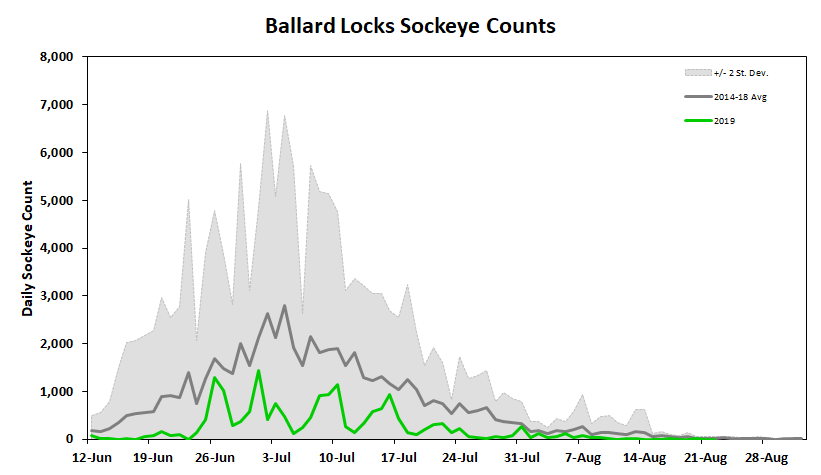 The goal is to collect approximately 200 adult sockeye each week as they move from seawater into the Lake Washington Basin. Biologists from the Muckleshoot Indian Tribe will lead the sampling effort, with the collaboration of WDFW staff who will assist in the collection and processing of samples from the adult sockeye. Seattle Public Utilities provides funding for processing and analysis of these biological samples.