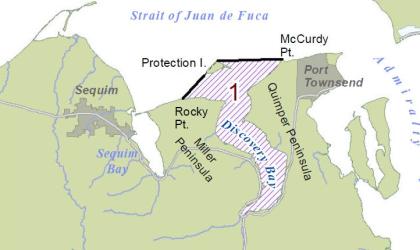 As a result, the Washington Department of Fish and Wildlife (WDFW) announced today that fishing in this area will close for the season and will not include an anticipated third day.

The closed area includes a portion of Marine Area 6 located south of a line from McCurdy Point on the Quimper Peninsula to the northern tip of Protection Island, then to Rocky Point on the Miller Peninsula.

For shrimp fishers looking to harvest spot shrimp, several other areas remain open through at least the end of June including:

A valid 2020-21 combination license, shellfish license, or Fish Washington license is required to participate in the fishery.

WDFW managers remind shrimpers that traps can be set one hour before official sunrise during any open period in the marine areas without specified harvest hours. These include Marine Areas 4, 5, 6 (outside Discovery Bay), 7 East, 7 South, and 7 West.

The pots must be removed from the water in these same areas by one hour after sunset at the end of an open period.