OLYMPIA - The Washington Department of Fish and Wildlife (WDFW) today announced the Puget Sound summer crab fishing season, which gets underway July 4 with openings in a number of marine areas.

Summer seasons for the upcoming fishery are posted on WDFW's crab-fishing website at https://wdfw.wa.gov/fishing/shellfishing-regulations/crab.

"Dungeness crab populations in the southern reaches of Puget Sound and southern Hood Canal have experienced stress in recent years,” said Sizemore. “Crabbing in the northern portions of Puget Sound has been very good and should be good again this year," he added.

Recreational crabbing will be open Thursdays through Mondays each week. Crabbing is closed Tuesdays and Wednesdays through the summer seasons.  All shellfish gear must be removed from the water on closed days. 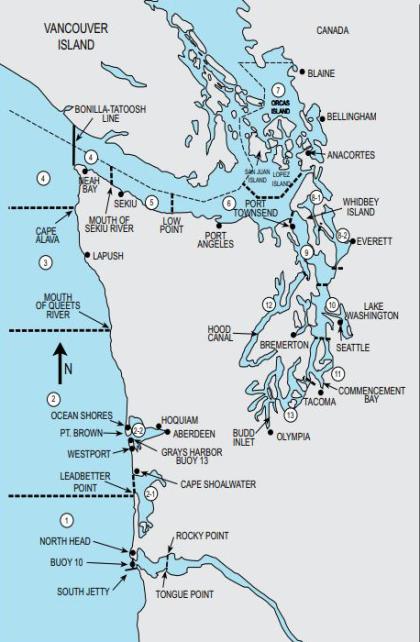 Crab seasons are scheduled as follows:

The following areas are closed this season:

Crab fishers may not set or pull shellfish gear from a vessel from one hour after official sunset to one hour before official sunrise.

Puget Sound crabbers are required to record their harvest of Dungeness crab on their catch record cards immediately after retaining the crab and before re-deploying the trap. Separate catch record cards are issued for the summer and winter seasons.

Catch record cards are not required to fish for Dungeness crab in the Columbia River or on the Washington coast, where crabbing is open year-round.

WDFW is the state agency tasked with preserving, protecting and perpetuating fish, wildlife and ecosystems, while providing sustainable fishing, hunting and other outdoor recreation opportunities. WDFW's fish and shellfish management work supports outdoor livelihoods and lifestyles across the state.