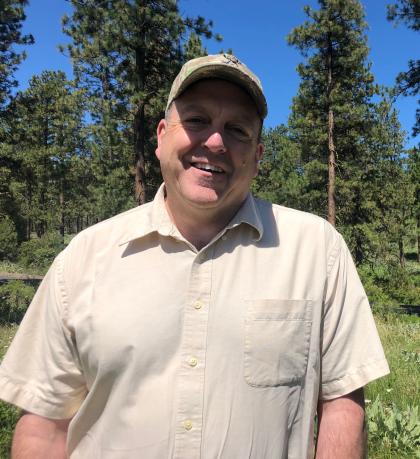 SPOKANE –Washington Department of Fish and Wildlife (WDFW) Director Kelly Susewind and his Eastern Region Director Steve Pozzanghera will take questions from the public in an online broadcast from 6 to 7 p.m. on Monday, July 8, 2019.

“Our Eastern Region is a large area with a wide variety of terrain, habitat and species,” said Susewind. “I understand and care that the concerns of people living and recreating in this area may be different from those in other parts of the state. It’s a chance for me to hear what is on the minds of the public and our customers here.”

This is the second digital open house held by the Director on a regional level. The Department’s Eastern Region spans Asotin, Columbia, Ferry, Garfield, Lincoln, Pend Orielle, Spokane, Stevens, Walla Walla, and Whitman counties. Members of the public can watch and ask questions from links on the department’s website, wdfw.wa.gov, or at https://player.invintus.com/?clientID=2836755451&eventID=2019071000.

Susewind and Pozzanghera will share updates on a few local issues, such as concerns about encounters with bears, wolves and cougars; prescribed burn efforts;
the change to anterless deer hunting in northern counties; the current white sturgeon fishing season, and results of the joint northern pike suppression effort on Lake Roosevelt.

Last fall, Susewind, who has been in the role for approaching a year, held a series of in-person open houses across the state in Spokane, Ephrata, Selah, Montesano, Ridgefield, and Issaquah. Since then, he’s also held three digital opens houses that allow public to ask questions and get updates from the convenience of their own home.

The Washington Department of Fish and Wildlife is the state agency tasked with preserving, protecting and perpetuating fish, wildlife and ecosystems, while providing sustainable fishing and hunting opportunities.