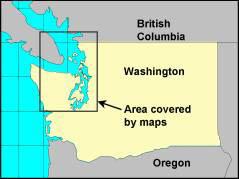 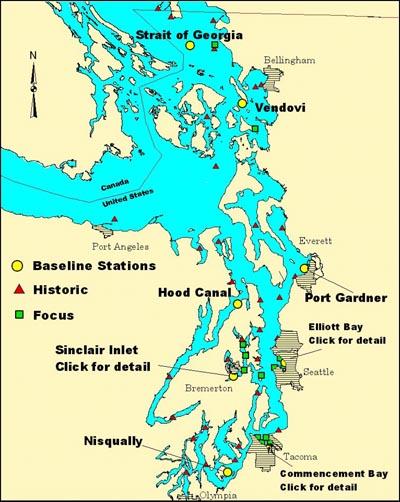 Baseline Stations
Baseline stations are classified as "urban", "near-urban" or "non-urban", based on their proximity to urban centers or industrialized areas. Because of the complex, unmeasurable factors associated with describing the contaminant-condition of sediments, we use this subjective classification scheme. The urban locations represent some of the largest cites along the Puget Sound shoreline. The non-urban areas are situated far from these cites, greater than 10 km and often separated by deep basins. Near-urban locations are between urban and non-urban.

Where possible, monitoring stations were located near sediment quality stations (sampled by the Department of Ecology) to facilitate correlation of sediment chemistry with muscle tissue chemistry.

Focus Stations
Focus studies have been carried out in Elliott Bay, Commencement Bay and Sinclair Inlet to further characterize the areal extent of contamination and associated biological effects in English sole. Focus stations were distributed so as to expand the spatial coverage around the baseline station of interest. Click the preceding station names for detailed maps of the Focus Study sites.

Historic Stations
Historic stations are those at which PSAMP has discontinued sampling. 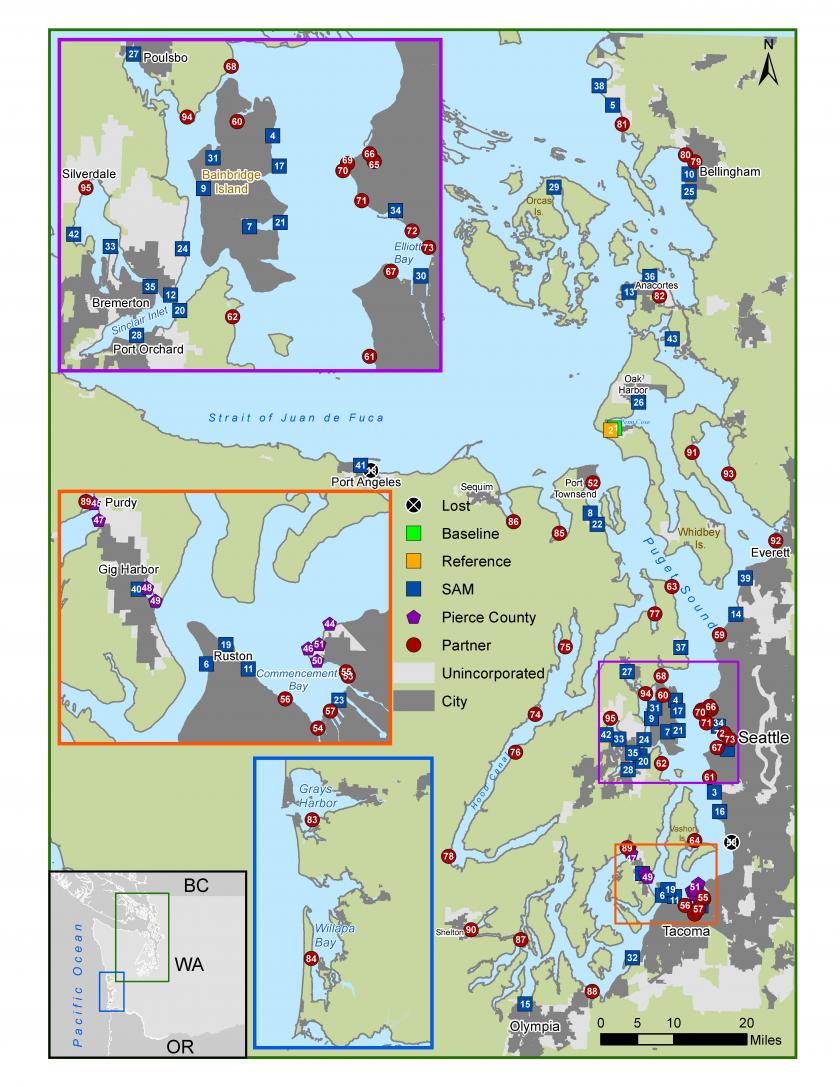 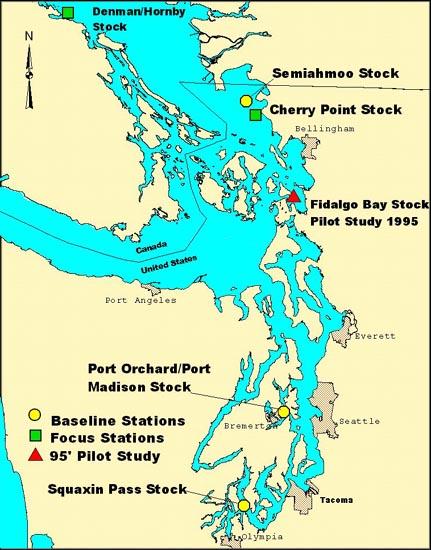 Focus Stations
In 2000, concerns over major declines in the abundance of the Cherry Point herring stock prompted a focus study to examine the possibility that contaminants are affecting their survival. Adult males, egg skeins from mature females, and spawned eggs were collected in the Cherry Point area to compare against those collected at other Puget Sound stations.

Baseline Stations
Chinook and coho salmon are sampled at 5 fixed stations to measure temporal trends in contaminant exposure. Adult salmon returning to their natal streams are sampled from terminal "in-river" fisheries for the Nooksack, Skagit, Duwamish, Nisqually and Deschutes rivers.

Focus Stations
To evaluate the effects of artificial rearing practices on the accumulation of PCBs in coho salmon, contaminant concentrations were compared for hatchery and delayed release fish as follows: fish hatched, reared and released directly from the Wallace River Hatchery versus delayed release fish that were hatched and reared at Wallace River Hatchery, then held for a period in the South Sound and Agate Pass net pens prior to release. Returning fish were collected from the South Sound and Agate Pass mixed stock fisheries (tagged fish) and from the Wallace River hatchery.

Historic Stations
Historically, we sampled chinook and coho salmon from mixed stock fisheries in Central and Southern Puget Sound. Monitoring on mixed stocks was discontinued because the origins of the fish were unknown. We now monitor terminal "in-river" fisheries where the fish origins are known (see Baseline above).