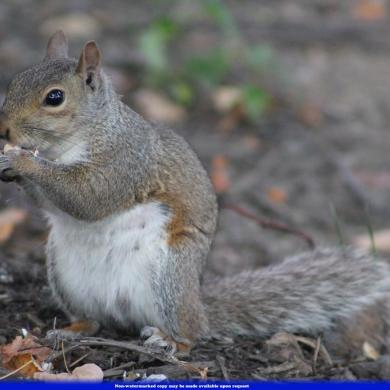 The eastern gray squirrel was introduced in Washington in the early 1900s. Since then they have been repeatedly released in parks, campuses, estates, and residential areas. They are now the most common tree squirrels in urban areas. The upper parts of the eastern gray squirrel are gray with a reddish wash in summer; its underparts are whitish. They are about 20 inches long, half of which is their prominent, bushy tail.

Western gray squirrels, which are native to Washington but only occurring in three isolated populations, may be confused with this species.