These rules are effective from April 1, 2022 to March 31, 2023, both dates inclusive.
Download PDF version of the regulation pamphlet.

Before trapping, please review the Guidance to Prevent Human Transmission of SARS-CoV-2 to Wildlife

A trapping license year begins on April 1 and ends on March 31 of the next year. Fees below include transaction and dealer fees.

The trapping season authorizes the lethal harvest of furbearing animals for their hides and pelts only. Furbearers may not be taken from the wild and held alive for sale or personal use without a special permit pursuant to WAC 220-450-030. Any wildlife trapped for which the season is not open shall be released unharmed. Any wildlife that cannot be released unharmed must be left in the trap, and a WDFW representative must be notified immediately. Lawfully trapped wild animals must be lethally dispatched or immediately released. A firearm may be used to dispatch trapped animals where firearm use is allowed. For more information on lethal dispatch, see the Trapping Nuisance Wildlife website and the Trapper Education manual.

It is unlawful to possess or export from the state of Washington bobcat or river otter pelts taken in Washington without a department identification seal attached. All bobcat and river otter pelts, on or off the carcass, must be presented by the person harvesting them to an authorized department employee or authorized individual under permit with the department for sealing by April 20. Pelts must be presented in a way that the hide can be sealed. No frozen hides or carcasses will be accepted. Pelts must be fully thawed prior to sealing appointment if previously frozen. Contact a regional office to schedule an appointment for pelt sealing (wdfw.wa.gov/about/regional-offices) prior to bringing in a bobcat or river otter.

Please see wdfw.wa.gov/about/covid-19-updates for the most current information on changes to animal sealing, Hunter Education classes, and the Master Hunter Permit Program.

It is unlawful to trap for wild animals:

Identification of traps and disclosure of identities

Trappers shall attach to the chain of their traps or devices a legible metal tag with either their WDFW identification number (trapper ID or Wild ID) or the name and address of the trapper in English letters not less than one-eighth inch in height. Failure to identify traps is a misdemeanor punishable under RCW 77.15.190. When a property owner, lessee, or tenant presents a trapper identification number to WDFW and requests the identification of the trapper, WDFW shall provide the requestor with the name and address of the trapper. After disclosing the trapper’s name, WDFW will also release the requesting individual’s name and address to the trapper. It is unlawful to take a wild animal from another person’s trap without permission, or to spring, pull up, damage, possess or destroy the trap; however, it is not unlawful for a person to remove a trap placed on property owned, leased, or rented by the person. See RCW 77.32.545.

Permission to trap on private land

A state trapping license allows the holder to trap furbearing animals throughout the state; however, a trapper may not place traps on private property without permission of the owner, lessee, or tenant where the land is improved and apparently used, or where the land is fenced or enclosed in a manner designed to exclude intruders or to indicate a property boundary line, or where notice is given by posting in a conspicuous manner.

Most public lands are open to trapping, but some areas may be closed. Closed areas include, but are not limited to, state and national parks, most federal wildlife refuges, and state game reserves. Trappers should check with land managers prior to trapping. Legal descriptions of state game reserves are found in the Migratory Waterfowl and Upland Game Pamphlet and Chapter 220-411 of the Washington Administrative Code.

All licensed trappers must report their trapping activity (regardless of success or whether they trapped or not) by April 20. Annual reports must be made using the department’s WILD licensing system, found online at fishhunt.dfw.wa.gov.  It is the responsibility of the licensed trapper to ensure their report is complete, with all trapping activity and harvest reported. Any trapper not reporting by April 20 will be in noncompliance of reporting requirements. False reports will be considered the same as noncompliance. Failure to report trapping activity is an infraction, punishable under RCW 77.15.160. 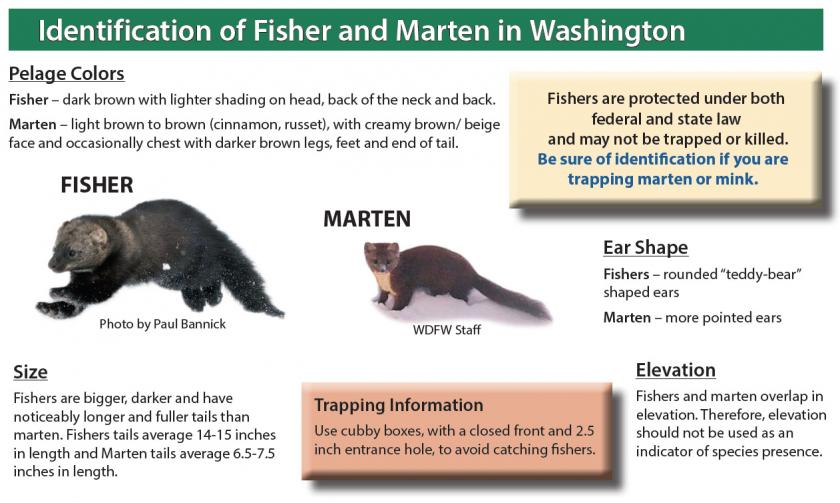 Canada lynx are protected in Washington. Accidentally trapped Canada lynx that are uninjured must be released immediately and the incident must be reported to WDFW (WildThing@dfw.wa.gov or 360-902-2515) within 24 hours. The report must include the circumstances surrounding the incident, observed physical and ambulatory condition of the lynx, and final disposition of the lynx. Any Canada lynx that cannot be released unharmed must be left in the trap, and a WDFW representative must be notified immediately. 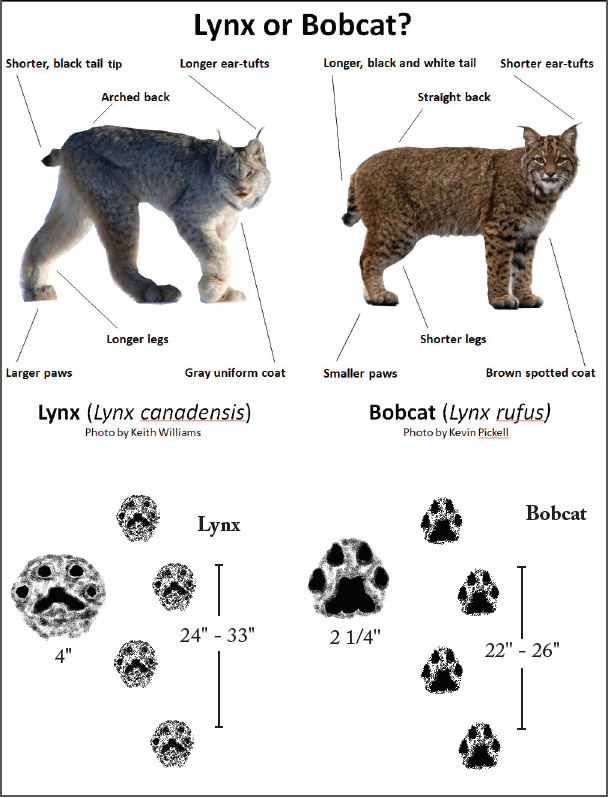 This pamphlet is a summary of the trapping seasons and regulations (Chapters 220-400, 220-417, 220-440 and 220-450 of the Washington Administrative Code) adopted by the Washington Fish and Wildlife Commission. This pamphlet does not contain nor is it intended to contain all department regulations. Caution: Emergency regulation changes may occur while seasons described in this pamphlet are in effect and will supersede information contained herein. Area news media will be informed of changes as they occur.