This lake is part of the Rock Island Ponds complex which borders the City of Rock Island off of Highway SR-28 and has a year-round open fishing season.

Catchable-size (10-12 inches) Rainbow Trout are stocked annually in March and April and sometimes during the fall months.

Putters Lake has two public access areas; one which is shared with Pit Pond on the northwest shoreline and another area all along the north shoreline. The shared access consists of rough boat launch areas, parking areas, and toilet a facility. This access site is maintained by the City of Rock Island.

Shoreline access: Good - Much of the shoreline is easily accessable for bank fishing.

Visit the Catchable Trout Plants page for a more detailed search of trout plants in other bodies of water. To view and download the source data for this table visit the WDFW Fish Plants dataset on data.wa.gov.

Fishing success for Rainbow Trout is generally best in the spring when thousands of fish are stocked statewide, but they can be caught year-round in most waters with a little patience and persistence. Success remains high into June and gradually declines as water temperatures increase and fish move offshore to stay cool. Fish that escaped the spring harvest return to the nearshore areas in the fall as waters cool off. Some waters may also be stocked again in the fall further boosting catch rates.

Fishing improves throughout the spring as waters warm and fish move onshore, peaking during the spawn. Summer is a slight lull though dawn/dusk hours can be very good. Catch improves in Fall as waters cool, vegetation begins to die back, and prey becomes more available. Winter is the hardest time because fish are offshore and slow moving.

Bluegill can be caught year-round, but fishing is best in the warm months of Summer. Fishing improves throughout the spring, peaking during the spawn in early-Summer. Fish move offshore into deeper waters through the fall as water temperatures cool making it more difficult to target them. Winter is the most difficult season in which to catch Bluegill, but persistent anglers can find them in schools of like-sized fish offshore.

Pumpkinseed Sunfish are ubiquitous in most lowland lakes and readily caught year-round. Fishing is best in the spring and summer, peaking during the spawn in June. Fish move offshore into deeper waters through the fall as water temperatures cool making it more difficult to target them. Winter is the most difficult season to catch Pumpkinseed, but persistent anglers can find nice-sized schools offshore. 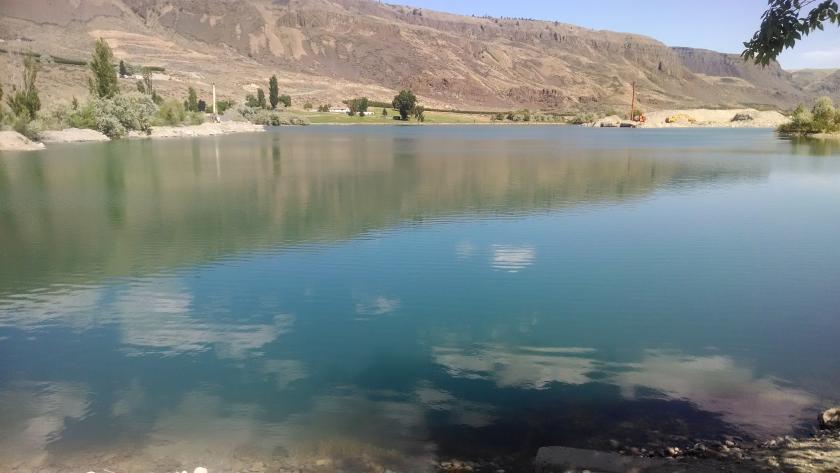 Image credit
WDFW
Also in this section
© 2022 All rights reserved.