There are 268 species of concern in Washington - Let’s protect every one! Washington is home to more than 1,900 species of animals, including at least 40 found nowhere else on Earth.

These and other imperiled species may disappear from Washington without wildlife conservation, wildlife recreation, and the work of people that care. Fortunately, Washington has a rich tradition of caring for wildlife, and you play an essential role. In these lessons, we are concentrating on the species most in need of help, endangered species.

Watch this 30-second video of a fisher release. Over the last several years, conservation organizations have worked together to reintroduce fishers in the Cascade Range and Olympic Peninsula.

What is an endangered species?

A species can be a plant (like an oak tree), an animal (like a penguin), a fungus (like a mushroom), or any other form of life. Humans, butterflies, dandelions, coral, zebras, and house cats are all species.

Watch the 4-minute video below to learn more about biodiversity.

We work with other conservation organizations around the world to study species to better understand how everything fits together, just like a jigsaw puzzle. This is how we learn about the overall health of the species, and this is where the terms threatened and endangered come in. We will focus only on animals here, but any type of species can become threatened or endangered.

Inbreeding is when two closely related individuals of a species reproduce. Because they are related, there is little genetic variability. This makes the offspring (babies) more susceptible to disease and deformities. If an animal is deformed, it might not be able to obtain food easily, and it could starve. If an animal cannot fight off disease or other common illnesses, then it could die. Species with low genetic variability are also not very good at adapting to changes in their habitat, so things like disasters and climate change can be catastrophic to these species.

Loss of genetic variation can occur naturally – this often happens to animals that are only found in very small regions, like islands. The Channel Islands fox, found only on the Channel Islands off the coast of California, is one example.

Human activity can also lead to low genetic variability. Over hunting and fishing, which happens when people take more of a species than is sustainable, can reduce population sizes. When the population is small, there are few individuals to reproduce, which can lead to inbreeding.

Habitat is the environment in which a species lives. This includes all the things that species needs to survive, such as food, water, and shelter.

Watch this 4-minute video as a refresher on habitat.

Habitat loss, such as converting natural areas to agriculture or housing developments, can also lead to lower population sizes and low genetic variability. But habitat loss also often leads to less food, water, and shelter for the animals that live in that area. If the animals lose their homes because those homes are turned into something else, they may die.

So far, we’ve talked about both threatened and endangered species, but is there a difference? The answer is yes. That difference, and the terms you hear, may be different depending on where you live and who you talk to. The International Union for the Conservation of Nature has eight different categories for all species on Earth. The Washington Department of Fish and Wildlife has three categories for species about which we’re concerned: sensitive, threatened, and endangered. You can learn more about which Washington species are sensitive, threatened, or endangered.

Watch this 4-minute video to learn more about endangered animals.

One endangered species in Washington is the pygmy rabbit. They are the smallest rabbit in North America, and the adults are so small they can fit in the palm of your hand. These rabbits are only the size of kittens when they’re full grown!

There were many things that contributed to pygmy rabbits becoming endangered, but habitat loss is one of the biggest reasons. These rabbits live in Eastern Washington in shrubsteppe habitat covered in sagebrush. Sagebrush is their main food source, but they also eat grasses and other plants that are available in the spring and summer. Most sagebrush-covered land in Washington has been converted to agricultural land over the last 200 years. These rabbits were once plentiful, but by 2002, there were only 16 pygmy rabbits left in the wild. This led to a loss of genetic variation, which further imperiled the rabbits’ chances for survival.

In 2002, WDFW partnered with the Oregon Zoo, Northwest Trek Wildlife Park, and Washington State University to begin a breeding program with hopes of bringing the population back from extinction. The program wasn’t very successful at first, everyone learned many lessons and now the program is very successful with more than 1,000 pygmy rabbits released back into the wild. Many of these rabbits now breed successfully on their own.

Learn more about pygmy rabbits and their habitat:

This activity involves research and persuasive writing inspired by the book “Hoot” by Carl Hiaasen. The main character, Roy, is just a normal kid who moves to a new neighborhood, but he stumbles upon a mystery involving a pancake restaurant (yum!) and tiny owls that live underground. Roy learns all about endangered species and works with his friends to convince adults to protect them. 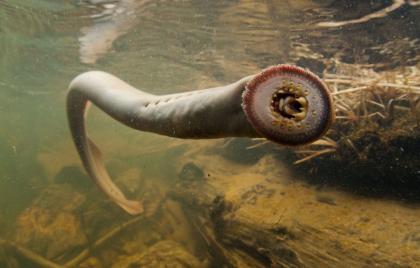 There are several reasons for this, and one of them is habitat loss. Many animals, like some kinds of salmon, are on a list of threatened and endangered species, but did you know that Pacific lamprey are NOT on the list? Being on the list means a species and its habitat get extra attention and there are government rules for their protection. Because they are not “listed,” it is up to all of us to learn more about Pacific lamprey and to protect their habitat.

Pacific lamprey have different habitat needs throughout their life cycle. After hatching, they drift downstream to areas of slow water and fine sediment, where they burrow and live as filter feeders for up to seven years. We can protect juvenile lamprey habitat by not dredging fine sediment from stream bottoms. Adult Pacific lamprey spawn in stream habitats similar to salmon. Females and males work together, moving rocks with their sucker-like mouths to create a nest or “redd” where the eggs are deposited and fertilized. When we protect and restore salmon habitat, we are also helping lamprey!

Watch this 2-minute video by the Oregon Zoo about Pacific lamprey. 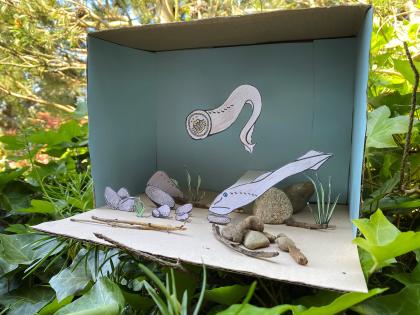 In this activity, middle school learners join wolf biologist Gabe Spence in his work tracking wolves. First, they learn how to find and identify wolf tracks from other animal tracks. Next they learn about how wolves move (called a gait). The activity ends with students looking for wolf tracks in their local outdoor space in small groups.

This activity uses writing, mapping, observational, and investigative skills. The activity is best done in areas where wolves are found; however if you do not live in, or are unable to travel to wolf country, you can modify parts of the activity to include animals in your area.

How you can help

Parents, teachers, and students have played a critical role in species and habitat conservation by sharing what they know and encouraging others to care. Young people can share their interest with others, re-awakening love for nature among adults, and sharing this love with their peers. Caring and sharing is one of the most important things you can do.

Watch this 5-minute video of a school group working to release salmon into local streams.

Activity: Participate in a cleanup

Frogs and fish depend on clean river banks, and ocean birds, shellfish, and mammals depend on clean beaches. Leave the places you hike and play cleaner than when you came to give animals a healthy home. Here are a few organizations active in clean-up efforts:

Do your part to make your home and yard wildlife friendly

Securing your garbage from wildlife, bird-proofing windows with homemade decals, and never purchasing products made of endangered wildlife or endangered forest species are all great places to start!

Native plants are ones that were originally found in the area, before humans began building. Why are native plants important, and how are they different from other plants? Well, all plants are native to somewhere, but a tree that is native to Japan, for instance, might not be as good of an idea to plant in Western Washington as a tree that is native to this area. This is because the insects, birds, and other animals are adapted to use native trees for their food and shelter (their habitat!).

To become adapted to something means that you (or the animal) is used to the conditions. Planting a garden featuring native plants with your family, spring through fall, means you help to provide cover at a time of year that is especially crucial for pollinators, who rely on floral nectar and pollen for food. Don’t have space? Even container gardens and birdbaths provide food and habitat for pollinators.

Threatened and endangered species and how to help them