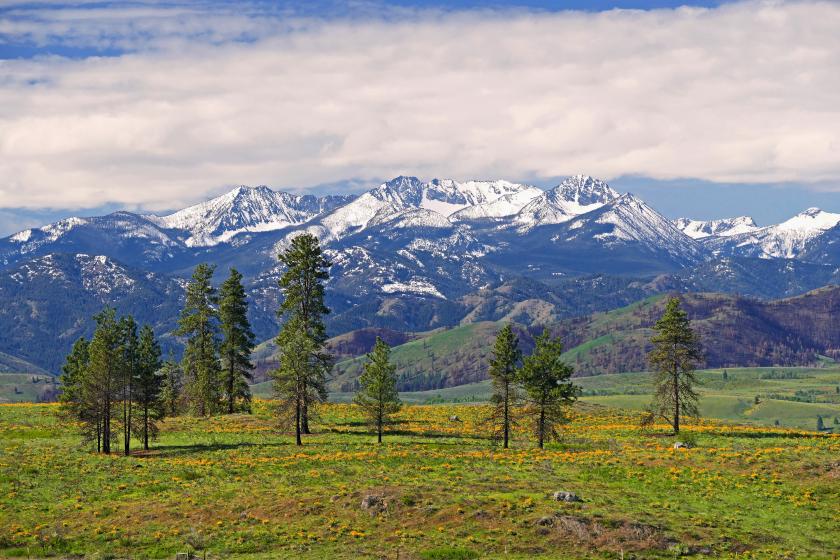 Fishing for fall chinook salmon continues on the mainstem Columbia River within the stretches from Priest Rapids Dam to Rock Island Dam.

The Upper Columbia River steelhead fishing above Priest Rapids Dam is very unlikely to happen this season because of low projected run sizes.

Upper Columbia River steelhead are listed as threatened under the Endangered Species Act. Under WDFW’s permit, a run-size of 9,550 total steelhead (including 1,300 wild) are needed at Priest Rapids just to open retention fisheries.

Year-round-open Rocky Ford Creek in Grant County is usually a good bet this month for catch-and-release fly-fishing only opportunities.

You can find detailed information about hunting around the state in the annual Hunting Prospects. Find more detail about hunting access on private lands at Private Lands Hunting Access.

Oct. 2 is the start of hunting for chukar and gray (Hungarian) partridge and quail.

Traditional quail hunting areas on WDFW-managed lands in the Columbia Basin district include:

Hunters have numerous opportunities for chukar within the district due to the large amount of habitat that falls under public ownership. Hunters harvest more chukar in this district than any other in the state.

Duck (except scaup) and goose hunting begins Oct. 16 and the north central region’s Columbia Basin is second to none in the state for opportunities and hunter success. Grant County is consistently Washington’s top duck-harvest county. Check the regulations pamphlet to see which days may be closed for goose harvest in specific management areas.

One of the more popular waterfowl hunting areas in the Columbia Basin district is Potholes Reservoir. Winchester Lake is another good spot but gets even more pressure. Three Regulated Access Areas in this district are also popular hunting destinations.

Local waterfowl production in the Chelan district is up again this year and hunters should have good opportunities in traditional areas and where permission to access ponds/lakes can be secured. Hunting along the Columbia River is usually consistent but dictated by local weather patterns.

The Okanogan district offers comparatively modest waterfowl hunting opportunities, with the largest concentrations of birds found at the mouth of the Okanogan River and on the Columbia River. River levels are running around average or a little below normal.

Okanogan County is prized for its mule deer hunting, although white-tailed deer are also abundant, particularly in Game Management Units (GMUs) 204 and 215. Deer numbers have generally stabilized for the past few years.

The highest densities of mule deer can be found in the western two-thirds of Okanogan County. White-tailed deer, meanwhile, grow more abundant as you move east. Overall, total general season harvest and success rates are anticipated to be around the five-year average.

Douglas County is another good mule deer hunting area, and productivity remains consistent there, but it is dominated by private lands for which access permission must be secured. As a result, hunters have less opportunity to pursue deer freely across habitats, as they have to pay attention to ownership boundaries. Learn more about private lands hunting access at our website.

The Columbia Basin’s GMUs also produce good mule deer hunting opportunity, with most deer harvest in GMUs 272 (Beezley) and 284 (Ritzville). Given the modest escapement of bucks in 2017 and likely good recruitment of fawns, hunters should expect an average year for mule deer hunting throughout Grant and Adams counties.

The regular pheasant hunting season opens Oct. 23, and Grant County is consistently Washington’s top pheasant-harvest county. Winter and spring precipitation levels were about average, and reports from the field are painting an optimistic picture for the upcoming hunting season.

The largest wild populations of pheasants on WDFW lands in the Columbia Basin district are within the Desert Unit of the Columbia Basin Wildlife Area between Potholes Reservoir and the town of George. Mixed bags of wild and released birds are also likely to be had in lower Crab Creek, Gloyd Seeps, Quincy, and Dry Falls units.

Farm-raised roosters are periodically released at sites across the region and are the best bet in the Okanogan and Chelan/Douglas districts, where wild bird habitat is scarcer. See details at Eastern Washington Pheasant Enhancement Program.

Modern firearm elk hunting begins Oct. 30.  Elk occur primarily along the southern boundary of Chelan County as an extension of the Colockum herd further to the south. In 2017, muzzleloader hunters in Chelan County had a 1.6 percent success rate, while archers had a 10 percent success rate and modern firearms hunters were at 3.6 percent. Most of the elk harvested come out of GMU 251. Elk are few and far between in Okanogan County. Even in GMU 204, where the majority of the district’s limited harvest occurs, elk generally occur only in small groups scattered over the landscape. 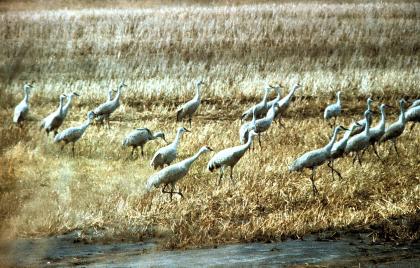 For those who enjoy backyard bird feeding, influxes of seed-eating birds, that may have spent the summer further north, may descend on your offerings for a day or two or perhaps through the fall and winter. Watch for goldfinches, pine siskins, nuthatches, chickadees, juncos, sparrows, and many other birds.

Both white-tailed and mule deer bucks are in the “rut” or breeding mode from late October thru November. Wildlife biologists say that can mean they’re moving across the landscape with less than their usual wariness, challenging each other and looking for does – including near roadways, and not just at dawn or dusk. Deer viewing may be excellent, but motorists traveling through deer country – which is virtually all of the region – should be alert, aware and prepared for possible collisions with these animals.

With daylight hours shrinking fast, the chances for other low-light roadside wildlife encounters increase, too. Black bears in particular are tough to spot in the growing dimness as they roam farther and wider in search of food, including closer to roads. Bears are instinctively trying to fatten up as much as they can before going into winter dens later this fall.

WDFW officials remind all wildlife enthusiasts – both homeowners and recreationists in bear country – to avoid attracting bears by keeping any possible source of food out of their reach. That includes wild bird seed and suet, pet food, garbage, compost piles, and unpicked fruit or vegetables in orchards and gardens. Learn more at Living with Black Bears.

Strawberries, green onions, and salad greens are just a few of the delicious vegetable garden staples that have native alternatives to benefit both you and wildlife!

Growing native edible plants is ideal for those who:

Native plants are a great choice for many reasons. First, they are adapted to the natural rainfall, climate, and soil of the area and as a result tend to be very low maintenance. This means you won’t have to spend as much time and money on watering and caring for your garden.

Additionally, these plants have co-evolved with native wildlife species and are best suited for supporting these species. One drawback of planting non-native plants is that they often don’t support insect species during all life stages. Studies have shown that caterpillar and bird abundance and overall biodiversity are significantly higher in urban gardens that are filled with native plants compared to gardens without native plants. By using native plants, you are helping to support a more robust insect population, which is critical to pollination and the support of many other wildlife species such as birds.

Keep in mind that some species will require you to plant more than one for them to reproduce via pollination. Research your plants ahead of time to gain a better understanding of what will work best for you. Most native plants will come back year after year with no need to replant. If you decide to grow a native edible garden this year, show us how you did! Use the hashtag #habitatathome to share your photos with us on social media.

The nodding onion (Allium cernuum) is a delicious and stunning alternative to green onions. The entire plant is edible (raw or cooked), including the flowers! It’s a drought-tolerant plant often found in prairies and rocky bluffs. It prefers full sun and well-drained soil. It blooms in early summer, but you can harvest it for food year-round, though it will die back in the winter. The nodding onion is equally as beautiful as it is delicious and can be used ornamentally in your yard.

Miner’s lettuce (Claytonia perfoliata) is an easy-going plant that can be the main ingredient in your salads. It is thin and crunchy and has a mild sweetness to it. Like other lettuce plants, it is shade tolerant and will become bitter in taste if exposed to too much direct sunlight. It’s great eaten raw or cooked like spinach, and the whole plant is edible!

We want to see what birds and other wildlife visit your habitat. Share your photos or videos with us at wdfw.wa.gov/share and select the category “Wildlife Viewing”.