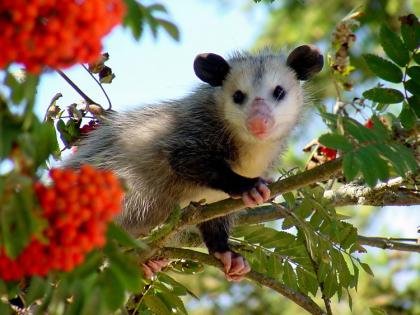 Not all wildlife create conflicts. Although it might not appear so at the time, animals referred to as nuisance or problem animals are often innocent. When a conflict exists between humans and animals it is usually because the animal is only doing what it needs to do to survive. It is simply following its own instincts, and intends no harm or discomfort.

Dealing with a conflict can be difficult because it is often a community issue. Some people habitually feed and perhaps inadvertently shelter wildlife, while their neighbor may not want wildlife around at all. This scenario can create undesirable situations for people, pets, and the animals themselves. Raccoons, coyotes and squirrels that are fed by people often lose their fear of humans and may become aggressive. These hungry visitors might approach a neighbor who might choose to remove these animals, or have them removed.

A conflict also can quickly alter a wildlife lover’s perception about a certain species, especially when the situation exceeds his/her current level of tolerance. Such is the paradox that wildlife around homes and property present: We want them and we don’t want them, depending on what they are doing at any given moment.

Many species profiles are available in downloadable PDF format. Find the species you're looking for in our publications library.