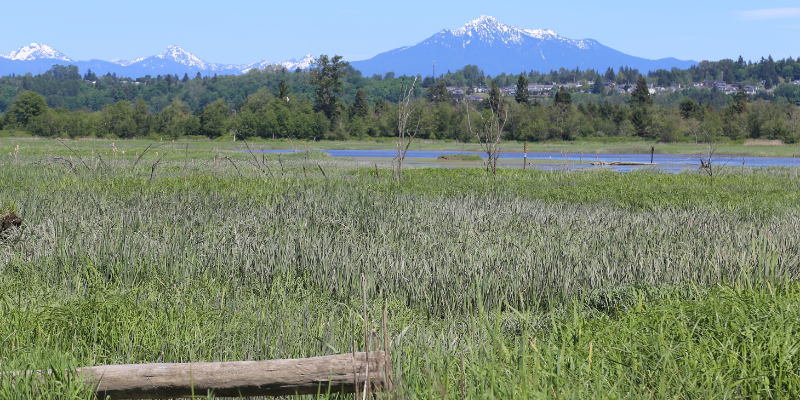 Fishery managers at the Washington Department of Fish and Wildlife (WDFW) have announced a temporary pause in winter salmon fishing in central Puget Sound (Marine Area 10) to preserve opportunity later in the season. The closure goes into effect Friday, Jan. 14 until further notice.

Estimates from catch sampling and creel surveys through Jan. 10 indicate that the fishery has reached 24% of total encounters, 25% of sublegal encounters, and 46% of unmarked encounters, which are the three fishery control metrics used to manage this fishery. Hitting 100% of any of these controls will lead to a full closure of the fishery.

“By suspending the MA-10 fishery now, we can preserve opportunities for later in the winter season, which members of the Puget Sound Sport Fishing Advisory Group have indicated is a priority for this fishery” said Kirsten Simonsen, Ph.D., the WDFW Puget Sound Recreational salmon biologist. “We know that anglers prefer to be on the water when the days are longer, the weather is more pleasant, and the fish are larger. That is what we are hoping to accomplish by pausing the fishery now.”

Kingston, Jefferson Head, Point Wells, West Point, and Restoration Point are among the popular fishing areas for boat anglers, who typically troll, mooch, or jig for winter Chinook close to the bottom near schools of herring or other forage fish. Lincoln Park, Richmond Beach, and piers in Elliott Bay offer access for shore-based anglers.

Be extra cautious when releasing wild Chinook—especially smaller juveniles known as “shakers”—to help conserve and recover salmon stocks. Make sure to check the emergency rule changes before heading out.

Fish for steelhead on local rivers

Fishing for hatchery steelhead is underway on several Puget Sound rivers, and anglers have reported strong catches in recent weeks at the Reiter Ponds Hatchery on the Skykomish River, the Wallace River Hatchery near Sultan, and the Tokul Creek Hatchery on the Snoqualmie River. The North Fork Stillaguamish River is also open, with several access points for walk-and-wade fishing available along Highway 530, as well as the iconic Fortson Hole downstream of the Whitehorse Hatchery near Darrington.

Anglers should be aware that the Nooksack River closed to all fishing in December to support hatchery steelhead broodstock collection, though the Nooksack may reopen in January should broodstock needs be met. Additionally, the Green/Duwamish River closes after Dec. 31 due to wild steelhead conservation concerns. Be sure to check the fishing regulations before heading out.

It’s been a tough season for many Puget Sound squid jiggers, but it’s not over just yet. Squidders reported mixed results in December from Edmonds to Tacoma, often with success one night and empty buckets the next. Boat-based squidders continue to be relatively successful using sonar to locate deep squid schools in Elliott Bay, while pier-based squid jigging is worth a try into mid-January at locations such as the Seattle Waterfront, Alki Pier in West Seattle, and Des Moines Pier.

Read our new blog post or visit our squid fishing webpage for tips on how to fish for squid.

A number of public clam, mussel, and oyster beaches will be open this winter. For at-a-glance, site-specific harvest seasons, please see the 2022 Puget Sound clam, mussel, and oyster season guide. Note that many public beaches are closed year-round due to resource conservation concerns, pollution, and potential threats to human health. Some of the best public beaches for shellfish harvest are on the Hood Canal and south Puget Sound. Beginning in mid-January, daytime low tides should yield productive shellfish gathering opportunities for oysters, mussels, and clams. We recommend downloading the Bivalve Shellfish Identification guide for handy reference.

January can offer truly world-class waterfowl hunting in the North Puget Sound region, with fresh flocks of mallards, pintails, wigeon, and other species winging south on the Pacific Flyway, and colder temps causing many areas to freeze, further concentrating birds. Duck and geese hunters have been finding strong success from flooded fields and inland ponds to estuary marshes and tidelands. As the season progresses, smaller decoy spreads and more cautious calling can help lock in opportunities at pressured ducks and geese.

Check out the following resources to prepare for your hunt.

Hunting for forest grouse will close on Jan. 15 this year, two weeks later than previous years after the start of the season was delayed until Sept. 15 to reduce the harvest of breeding-age hens and ultimately increase forest grouse abundance and availability for hunters. Learn more in our blog post. This late in the season, grouse are typically found near thick, brushy cover or in dense stands of conifer trees, where they seek protection from winter storms and cold temperatures, as well as from predators.

Get tips for hunting ruffed, blue and spruce grouse on our webpage.

Hunters who report their 2021 black bear, deer, elk, or turkey hunting results by Monday, Jan. 10 will have the opportunity to win one of nine deer and elk incentive permits for fall 2022. Hunter reports should be submitted online through WDFW's WILD licensing system. If you need additional assistance with hunter reporting, please contact the Wildlife Program by email at wildthing@dfw.wa.gov, or by phone at 360-902-2515.

All hunters, regardless of their success in the field, must submit hunting reports for each transport tag by Jan. 31. Failure to meet the deadline can result in a $10 fee. To qualify for this special hunt drawing, hunters must submit a report by Jan. 10 for each black bear, deer, elk, or turkey tag they purchased, and each special hunting permit they received in 2021. These special permits will be valid from Sept. 1 through Dec. 31, 2022.

Start the New Year with a First Day Hike

While some bald eagles live in the area year-round, the majority of those found along the upper Skagit River during winter months come from Alaska. Visiting bald eagles come to enjoy a feast of carcasses of spawned chum and coho salmon.

The Skagit River Bald Eagle Interpretive Center near Rockport is open through the last weekend in January. The center is open on Saturdays and Sundays from 10 a.m. to 4 p.m. Masks are required and the total number of people inside at one time will be limited. Visit the center’s website to learn more about guided hike opportunities to enjoy the beauty of these majestic birds.

Thousands of snow geese congregate in the lower Skagit Valley each winter and can be found in the area through early May. Plan your trip to the Fir Island Farm Unit of the Skagit Wildlife Area, a protected Game Reserve and one of the best locations to watch snow geese on the West Coast. Check out our recent blog post for more winter birding ideas!

Look for wildlife in Bellingham

Enter our monthly photo contest for a chance to win a Cabela’s gift card! Send us your best photos of how you spend time outdoors! Your photos may be featured on WDFW’s Facebook and Instagram to celebrate the variety of ways people enjoy outdoor lifestyles and to inspire others to spend time in nature.

Local non-profit organization Forterra is hosting a variety of volunteer opportunities this month to plant native trees and shrubs in urban green spaces. For a full list of volunteer events, visit the Forterra website.

We want to see what birds and other wildlife visit your habitat! Share your photos or videos with us and select the category “Wildlife Viewing”.

How docks and piers affect marine habitat and salmon

Because of the important role sunlight plays in shoreline marine habitats, this shadowing effect can impact life underwater. Sunlight guides the behavior of many marine animals, and marine vegetation like eelgrass and kelp need sunlight to photosynthesize, grow, and reproduce. 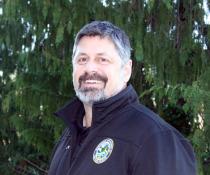 Brendan Brokes, North Puget Sound Region Director (Region 4), holds a master's degree in fisheries science from Oregon State University and has lived in the Pacific Northwest since 1987. He served as the Habitat Program Manager in this region since 2015, after filling a decade-long role as the Assistant Regional Habitat Program Manager.

Before arriving at WDFW in 2001, Brokes worked at Mount Rainier National Park as a researcher and biological technician in aquatic ecology. He also worked with the National Marine Fisheries Service monitoring foreign commercial fisheries compliance.