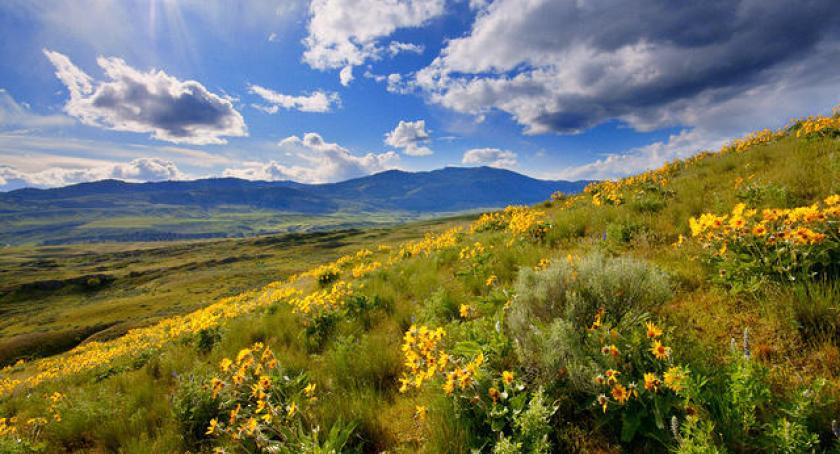 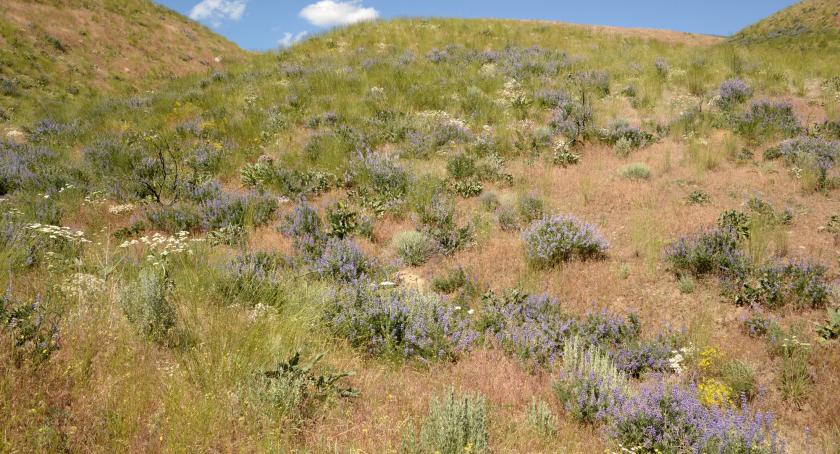 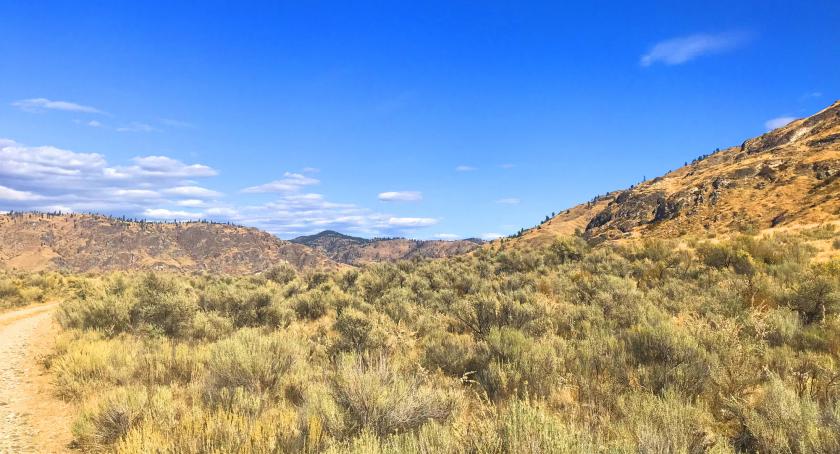 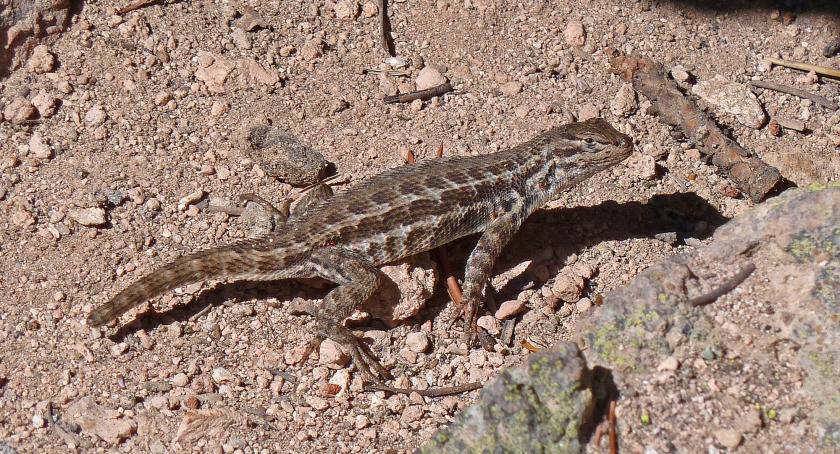 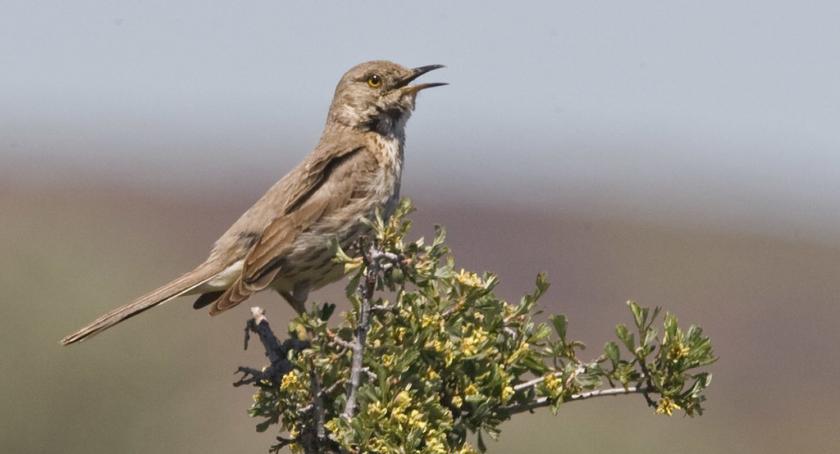 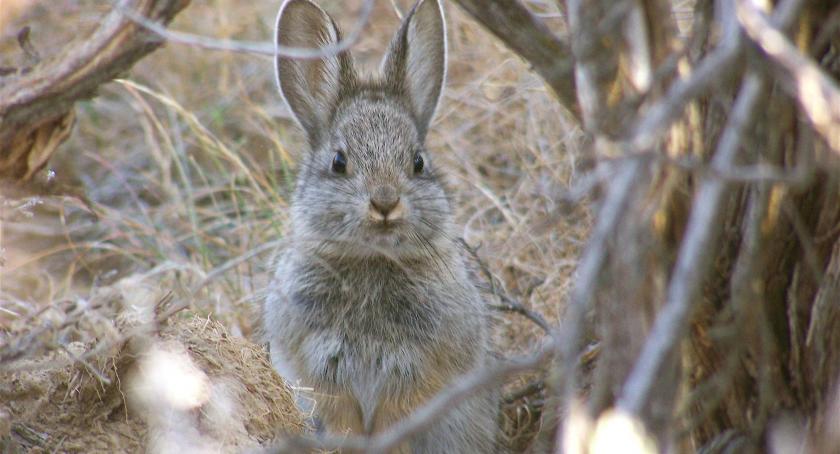 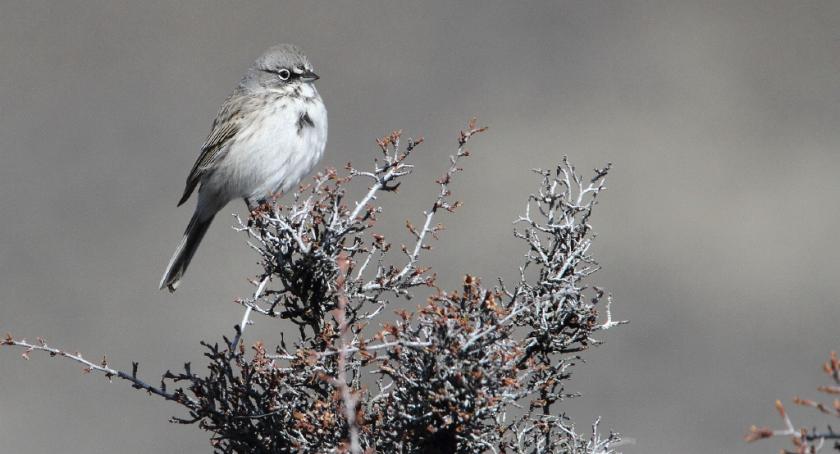 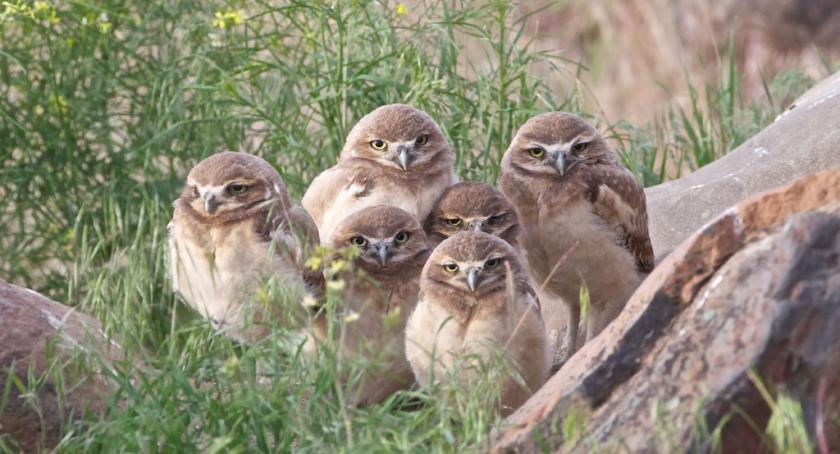 A group of young burrowing owls 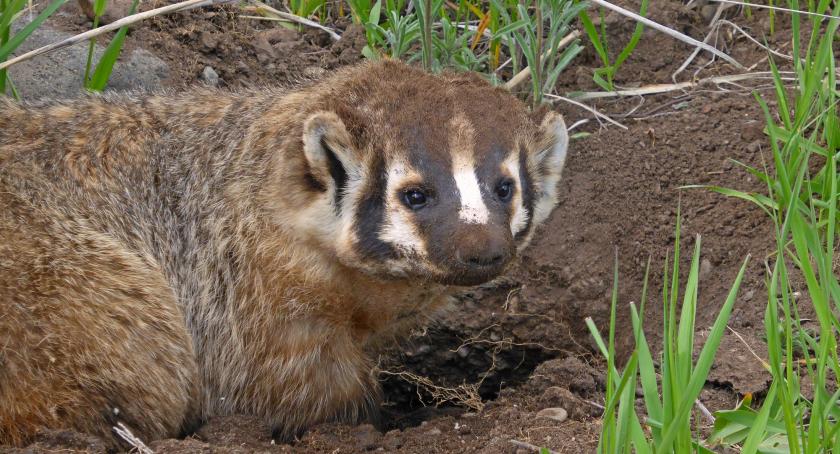 The shrubsteppe is an arid ecosystem found in Eastern Washington and other western states. As one of Washington’s most diverse ecosystems, shrubsteppe provides habitat for species found nowhere else in the state, such as the Greater sage-grouse, sagebrush sparrow, and burrowing owl. With an estimated 80% of historic shrubsteppe lost or degraded to development and agriculture since the arrival of non-native settlers, protecting remaining shrubsteppe habitats is more important than ever.

Here, at the northern extent of the great “Sagebrush Sea” that once sprawled across much of the American West, growing collaboration between agencies, Native American tribes, conservation organizations, local landowners, and other partners seeks to preserve and restore shrubsteppe ecosystems while supporting cultural and economic values.

Despite impacts from severe wildfires and habitat fragmentation, recovery programs are underway for species such as the Greater sage-grouse, pygmy rabbit, sharp-tailed grouse, and pronghorn antelope, while efforts including the Arid Lands Initiative and Conservation Reserve Program foster constructive partnership for the future of Washington’s shrubsteppe.

This Land is Part of Us: A short film produced by the Washington Department of Fish and Wildlife and Conservation Northwest. For wildlife lovers, hunters and anglers, Indigenous peoples, farmers and ranchers, outdoor recreationists and so many others, this land is no desert devoid of life, this land is part of us.

Shrubsteppe landscapes are dominated by rolling, grassy plains or “steppe,” with an overstory of sagebrush and other woody shrubs. On the ground, a fragile community of microscopic organisms form the cryptobiotic crust, which locks in moisture and helps prevent erosion. Various habitat features such as streams, wetlands, rocky talus slopes, and canyons support a variety of plants and animals uniquely adapted to the harsh and sensitive shrubsteppe ecosystem.

While Wyoming big sagebrush is the most widespread shrub in this ecosystem, other common shrubs include antelope bitterbrush, three-tip sagebrush, and stiff sagebrush. Common grasses include Idaho fescue, bluebunch wheatgrass, Sandberg bluegrass, Thurber's needlegrass, and needle-and-thread. Some shrubsteppe areas have a layer of algae, moss, or lichens which are part of the cryptobiotic crust. In areas with greater precipitation or on soils with higher moisture-holding capacity, shrubsteppe can also support a dense layer of flowering plants. Common and iconic groups of plants in the shrubsteppe include balsamroot, buckwheats, and lupines.

Of the 10.4 million acres of shrubsteppe that existed in Eastern Washington before European settlers arrived in the mid-19th century, only 20% remains. Many areas with deep-soil shrubsteppe (supporting Wyoming big sagebrush) were the first to be converted to agriculture. In addition, non-native grasses such as cheatgrass often dominate existing shrubsteppe, which eliminates most of the native shrub cover through altered fire cycles. Non-native grasses also provide little nutritional value for wildlife and are much more prone to burning. Although fire is a natural part of the shrubsteppe ecosystem, the presence of invasive grasses increases the frequency and intensity of wildfires, contributing to the continued decline of shrubsteppe habitat health.

Shrubsteppe landscapes extend from south-central British Columbia into Eastern Washington, Oregon, and California, through Idaho, Nevada, and Utah, and into western Wyoming and Colorado.

In Washington, shrubsteppe habitats are throughout the Columbia Plateau and into the surrounding higher elevations regions.

Over 200 species of birds, 30 species of mammals, and numerous species of reptiles, amphibians, and insects live in and depend on Washington’s shrubsteppe. Look for mule deer, western fence lizards, burrowing owls, and northern Pacific rattlesnakes hiding amongst the sagebrush and bluebunch wheatgrass, which is the official state grass of Washington.

Since remaining shrubsteppe habitat is often fragmented due to development, species that depend on large, intact shrubsteppe habitat, such as the sage thrasher and sagebrush sparrow, are disproportionally affected. Although sensitive species may still use small patches of shrubsteppe, these fragmented areas usually offer less effective breeding habitat and are more susceptible to invasive weeds.

Although many shrubsteppe-dependent species are on the decline, this ecosystem continues to support a rich array of species, including elk, deer, bighorn sheep, bats, rabbits, rodents, frogs, snakes, lizards, and birds. Streams running through otherwise arid shrubsteppe can support species not typically thought of as living in arid climates such as porcupines, beavers, and songbirds.

The plan links species of greatest conservation need to the specific habitats they depend on. To not only survive but thrive, these species require quality habitats.

The following list features Species of Greatest Conservation Need that depend on shrubsteppe habitats.

Some species such as the Greater sage-grouse require large areas of undisturbed shrubsteppe to survive, as they rely on big sagebrush for cover and as a year-round food source and are highly sensitive to human disturbance, particularly during the breeding season. The federally-endangered pygmy rabbit is another species that depends on the sagebrush and undisturbed deep soil of shrubsteppe landscapes.

"At-risk" species include animals that are listed as sensitive, threatened, or endangered at the state or federal level.

Governmental agencies and nongovernmental organizations are attempting to restore populations of greater sage-grouse with the aid of land acquisition, habitat improvement, conservation programs, and translocations. Between 2004 and 2016, WDFW, Yakima Training Center, Yakama Nation, and others collaborated to translocate this species from other states (Nevada, Oregon, Idaho, and Wyoming) to augment existing populations in Washington.

Learn more about the greater sage-grouse.

Since 2011, thousands of pygmy rabbits have been released into the wild on Sagebrush Flat Wildlife Area in Douglas County and on The Nature Conservancy Preserve in the Beezley Hills in Grant County as a result of collaborative recovery efforts between WDFW, USFWS, the Oregon Zoo, Washington State University, other state wildlife agencies, Northwest Trek, The Nature Conservancy in Washington, and Conservation Northwest.

This frog is endangered in Washington. Only one known population remains -- in Grant County -- with limited information about population status and trends. Efforts are underway to determine the feasibility of translocations of these frogs to their former range.

Northern leopard frogs are semi-aquatic, requiring aquatic and terrestrial habitats. They are typically underwater (aquatic) during winter and on land (terrestrial) during the summer. The frogs require deep, well-oxygenated water that does not freeze solid for hibernation. These frogs are challenged by non-native vegetation and encroaching, native wetland vegetation that reduce the amount of exposed shoreline where they breed and forage. Northern leopard frogs may be preyed upon by many species throughout their life, but the most common are mustelids (weasel family carnivores), bullfrogs, and fish.

The population size of ferruginous hawks in Washington is low. This species is impacted by the loss and fragmentation of shrubsteppe and grasslands from agriculture and residential development and associated declines in distribution and abundance of its primary prey, jackrabbits and ground squirrels. Washington State is on the northwestern edge of the species' breeding range. In 2002, only 20% of historical ferruginous hawk nesting territories in Washington were occupied, with many vacant for years.

Other places to visit

Shrubsteppe is identified as a “Priority habitat” under the Priority Habitat and Species Program. Priority habitats are habitat types or elements with unique or significant value to a diversity of species.

A priority habitat may consist of:

The Priority Habitat and Species Program is the Department's primary means of transferring fish and wildlife information from our resource experts to local governments, landowners, and others who use it to protect habitat. This information is used primarily by cities and counties to implement and update land use plans and development regulations under the Growth Management Act and Shoreline Management Act.

The State Wildlife Action Plan is part of a nationwide effort by all 50 states and five U.S. territories to develop conservation action plans for fish, wildlife, and their natural habitats—identifying opportunities for species’ recovery before they are imperiled and more limited. A habitat of greatest conservation need is defined as an ecological system and community types that are essential to the conservation of Species of Greatest Conservation Need in Washington.

As in other types of ecosystems, effects of climate change such as shifts in precipitation, drought, and wildfires may affect shrubsteppe plant composition, density, and distribution. Higher levels of rainfall increase plant growth and diversity, while drought negatively affects seedling survival in sagebrush systems and reduces shrub cover. These factors can also exacerbate increased climate change-induced alterations to frequency and intensity of wildfires, which can negatively affect native plants and loss of native shrub cover and expansion of annual grasses.

WDFW strives to maintain and restore shrubsteppe to benefit all species. When you visit a WDFW wildlife area, you may see staff and volunteers planting native plants or removing invasive weeds.

In December 2020, WDFW worked with a Washington Conservation Corps crew from the Department of Ecology to pick millions of tiny sagebrush seeds by hand. These seeds were planted to speed up the regrowth process on wildlife areas impacted by the Pearl Hill fire in September 2020. Watch the video below to learn more.

WDFW biologists are working with various stakeholder groups to work on solutions that may lead to managing fire cycles to have a smaller footprint and less intensity, which in turn should lead to conservation of shrubsteppe habitat.

Get involved in your community