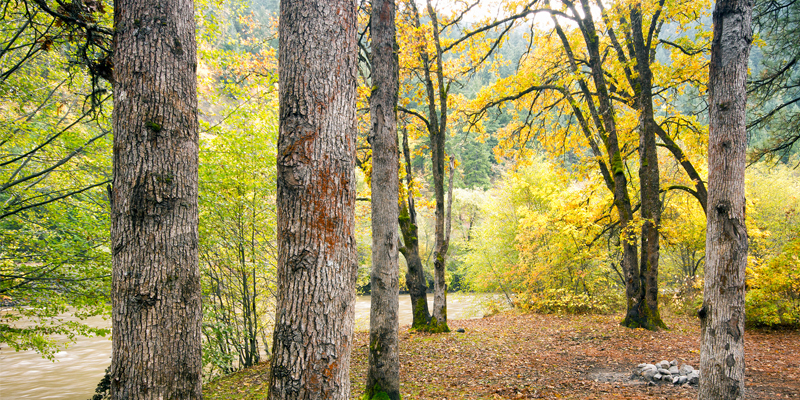 Customer service staff in the Ridgefield Regional Office are available for walk-in service 9 a.m. to 4 p.m.

Spring Chinook salmon begin arriving in the lower Columbia River this month, and while the season doesn’t officially get underway until March, anglers can pursue early arrivals under current rules throughout February. Hatchery steelhead are also available in several rivers below Bonneville Dam.

The mouth (Buoy 10 line) to the Interstate-5 Bridge is open through March 31, with a daily limit of 6 fish; up to 2 adult salmon or 2 hatchery steelhead or 1 of each may be retained. Anglers must release all salmon other than hatchery Chinook, and must release wild steelhead. Salmon min. size 12".

Areas upstream of the Interstate-5 Bridge to the Highway 197 Bridge are also open through March 31 with a daily limit of 2 hatchery steelhead; anglers must release all salmon and wild steelhead in those areas.

Be sure to check the permanent rules in the Washington Sport Fishing Rules pamphlet before heading out.

Fishery managers from Washington and Oregon are scheduled to announce this year’s spring Chinook season later this month. This year’s spring Chinook fisheries are likely to be similar or slightly increased from 2022; the 2023 preseason forecast for upriver spring Chinook is estimated to be 198,600 total adults, higher than the 2022 actual return of 185,209 fish. Fisheries will be set to meet conservation objectives for ESA-listed stocks such as Snake River wild spring Chinook.

It’s still too early to say exactly what the smelt run will look like on the lower Columbia River in 2023, but Oregon and Washington fishery managers are watching closely and will act quickly if it appears the return will be able to support a recreational fishery. The 2022 return came in at 18.3 million pounds, and abundance indicators suggest that the 2023 run could be similar or slightly lower. Any potential smelt fisheries will be announced via emergency rule and shared through news release and WDFW’s website.

WDFW hatchery personnel are busy planting year-round lakes to generate mid-winter fishing opportunities. Lakes stocked with rainbow trout in January include Battle Ground Lake and Klineline Pond in Clark County, Rowland and Spearfish lakes in Klickitat County, Horseshoe and Kress lakes in Cowlitz County, and Little Ash Lake and Ice House Lake in Skamania County. A number of Southwest Washington lakes have also received a handful of steelhead over the past month, offering an enticing catch for anglers willing to brave the winter weather. For the full breakdown of recent plants, visit the trout stocking page.

Youth, Veterans and Active Military can take part in a statewide waterfowl hunt on Feb. 5. This can be a quality experience for those who qualify as few hunters are in the field and wetlands are often opening back up as weather warms bringing more birds back up from the south.

A snow goose late season hunt will occur in Goose Management Area 2 Inland (Clark, Cowlitz, Wahkiakum counties and the portion of Grays Harbor County east of Highway 101) on Saturdays, Sundays, and Wednesdays from Feb. 12 through March 9. Hunters should check the WDFW website for specific areas where hunting is allowed and other rules; scouting and private lands access will be key to consistent success. The geese will be migrating northward and can be found in groups throughout February and March. For details, visit the WDFW website.

The statewide cottontail and snowshoe hare season is open through March 15.

The minimum age to take the all-online hunter education course has increased to 18. In 2020, we implemented an all-online hunter education course for students at least 9 years old. Recognizing the importance and value of in-person and hands-on firearm safety instruction, WDFW’s goal has always been to move back to, or towards, in-person course delivery when it made sense to do so. While the COVID landscape is still a bit uncertain, things are getting back to normal. We recognize that this change may take getting used to, and we are committed to offering as many in-person courses as we can. For more information, visit the Hunter Education web page.

Winter is the hardest time for wild animals to survive, and while we understand the good intention behind humans feeding them, ultimately it harms more than helps wildlife. Animals’ bodies are not adapted to digest many foods. Accustomed to digesting woody browse, they are unable to tolerate corn or apples and hay can be harsh on their systems as well. The best way to help wildlife in winter is to stay far away from them to avoid causing stress, which uses energy that is in short supply this time of year.

Winter is a great time for birdwatching. Birds of prey like rough-legged hawks, northern harriers, short-eared owls, kestrels, and northern shrikes show up more easily against a background of snow and leafless trees.

Bald eagles can also be seen this month, along with Canada geese, pintail ducks, and other waterfowl that will start returning to larger bodies of water. Eagles may also be visible along the lower Columbia River and tributaries like the Cowlitz, where they congregate to dine on returning smelt.

You can report your bird sightings during The Great Backyard Bird Count (GBBC) happening Feb. 17-20. Launched in 1998 by the Cornell Lab of Ornithology and the National Audubon Society, the GBBC collects data on wild birds and displays results in near real time.

Worldwide, more than 160,000 people of all ages and walks of life join the count each February to create a snapshot of the distribution and abundance of birds. For more information, or to sign up, visit the Audubon website. 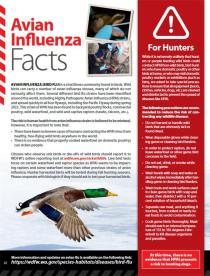 While enjoying your bird watching adventures, or other outdoor activities, please report any sick or dead birds, or other animals, that you may encounter. An outbreak of avian influenza, commonly known as bird flu, is still active in Washington State and the northwest. Avian influenza is caused by infection with avian (bird) influenza (flu) Type A viruses that occur naturally among wild aquatic birds worldwide and can infect poultry and other bird and animal species. In January of 2023, a bobcat in northeast Washington was confirmed to have the virus. This transfer of avian influenza from birds to mammals isn’t unexpected and not something to panic about. Here are common questions and answers on avian influenza and how to protest yourself and domestic animals from contracting it.

February is for the birds. Grab your binoculars and cell phones and get ready for the Great Backyard Bird Count! Every February folks around the world come together to count their local birds, wherever they live or happen to be. This fun, free, program is accessible to everyone.

If you are in the Seattle area, join WDFW and our partners at the Environmental Science Center at Bird Fest in Burien for some hands-on learning, bird walks, and more on February 18th!

If you have a youth artist in your family, there’s still time to submit their art to the U.S. Fish and Wildlife Service Junior Duck Stamp (JDS) art contest. The program blends art and science and helps teach K-12 youth about wetland and waterfowl conservation. If you have a student who is interested, learn more about contest rules and eligibility.

The object of the contest is for students to engage with waterfowl and wetland conservation by drawing or painting a native North American duck, goose, or swan.  All entries must be postmarked or in-hand at Ridgefield National Wildlife Refuge (NWR), by February 15, 2023. 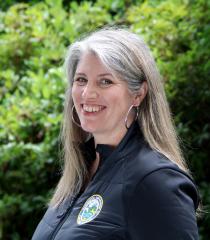 Kessina Lee, the Southwest Regional Director (Region 5), joined WDFW in 2018. In her role as the Director’s representative in the region, Kessina works in close coordination with each program, as well as in collaboration with federal, Tribal, and local partners on implementing the WDFW mission of protecting native fish and wildlife, and providing sustainable fishing, hunting, and wildlife viewing opportunities for Washingtonians.

Prior to coming to WDFW, Kessina worked as the statewide aquaculture specialist for the Washington Department of Ecology. Before arriving at Ecology, Kessina was a Sea Grant policy fellow working on ocean and coastal issues with the Oregon Legislature’s Coastal Caucus and for the office of Oregon Governor Kate Brown. She also spent nearly a decade studying marine mammal strandings in the Pacific Northwest, as well as interactions between fish and sea lions on the Columbia and Willamette Rivers. Kessina holds bachelor's and master’s degrees in biology from Portland State University and has lived in the Pacific Northwest since 1989. In her free time, Kessina enjoys gardening, traveling, kayaking, and hiking with her German shorthaired pointer.